We last visited Grain back in January and would have loved to have returned earlier but due to the situation we’ve been in it hasn’t been possible. So therefore we were hugely delighted that we could at last visit yesterday. This is a fabulous little small plates menu restaurant set in Colchester just behind the shops on North Hill road. Of course when we arrived things as we know are a little bit different. The welcome however wasn’t it was just as friendly as before. We were then escorted to our table where they then put down a tray with your cutlery , side plate , glasses for water & napkins on it for you to then lay out yourself. This was in order to limit the touching of things from the staff. The tables had been separated to allow plenty of space in between and with hand sanitizer placed on the tables not in use. The team have taken the option of not wearing face masks but did keep their distance as much as possible plus sanitising their hands after each visit to a table. They said they just wanted to keep it as normal as possible and the feedback they’ve received has been positive which to be honest included mine as it was nice to see.

Now it’s time to move on to the reason we were here. As I said this is a small plates menu designed for sharing using excellent local produce. The menu consisted of four vegetarian , four fish , three meat , one cheese & four desserts. Our decision was easy because as we enjoyed the food so much last time it was only right as we said the our waitress that we would like to have the entire menu.

We started with bread & butter before moving on to the first two vegetarian courses. These were remfresh baby carrots , polenta chip , tarragon , pesto & hay along with this came the whipped collets farm ricotta , essex figs , charred gem lettuce & honey. Both dishes were an absolute delight and bursting with an array of flavours. 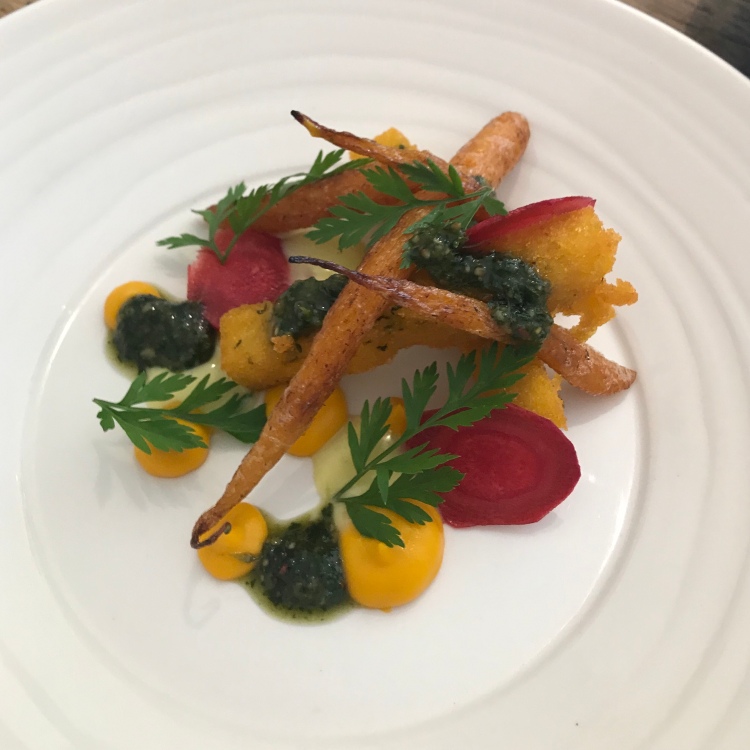 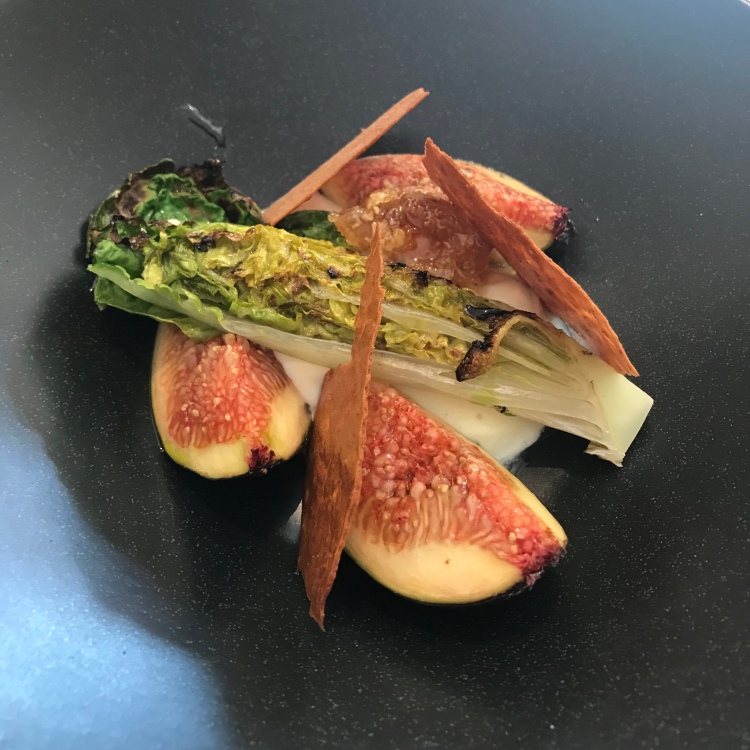 Next to arrive were the other two dishes from the vegetarian section. These were a green bean pakora with tomato , tamarind & berkwell which we could see why our waitress Summer said they were her favourite. Then your palate was delightfully refreshed by the courgette tagliatelle , basil , pumpkin seed & olive. 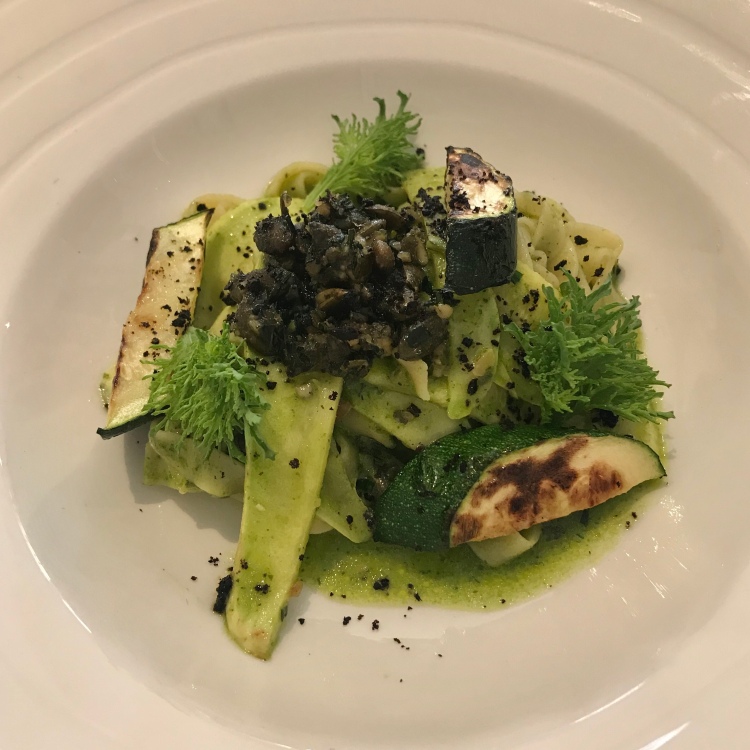 We now continued to the Fish section which started with a smoked mackerel pate , charred mackerel , kohlrabi & soda bread and was delicious. Along with this came the soy glazed chalk stream trout with beetroot and a light horseradish which probably could have done with a slight bit more of a punch to it although it took nothing away from the dish. Next to arrive was the fabulous stone bass , brown crab mayonnaise & red pepper romesco along with the last of the fish courses the roasted cod , seaweed confit potato , apple & cider that amazing. 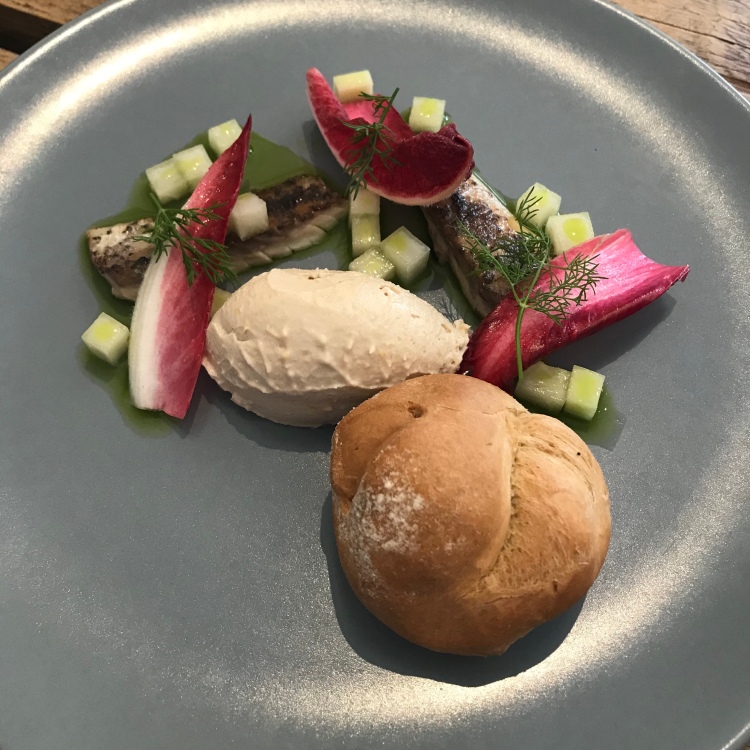 Now we moved on to the Meat section and these were three fantastic dishes. The first was the lamb rump , sharwarma shoulder , potato , mint & tomato. The second was one of the best chicken dishes I’ve had a bbq suffolk chicken leg , crispy potato , bacon & peas. Then lastly heaven arrived in the amazingly rich beef sirloin , roast onion , black garlic & smoked bordelaise. 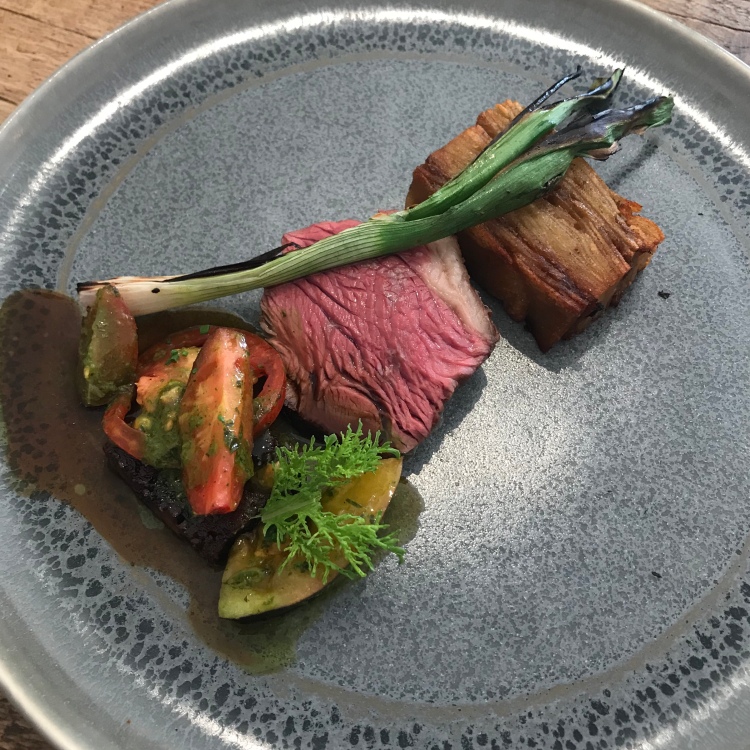 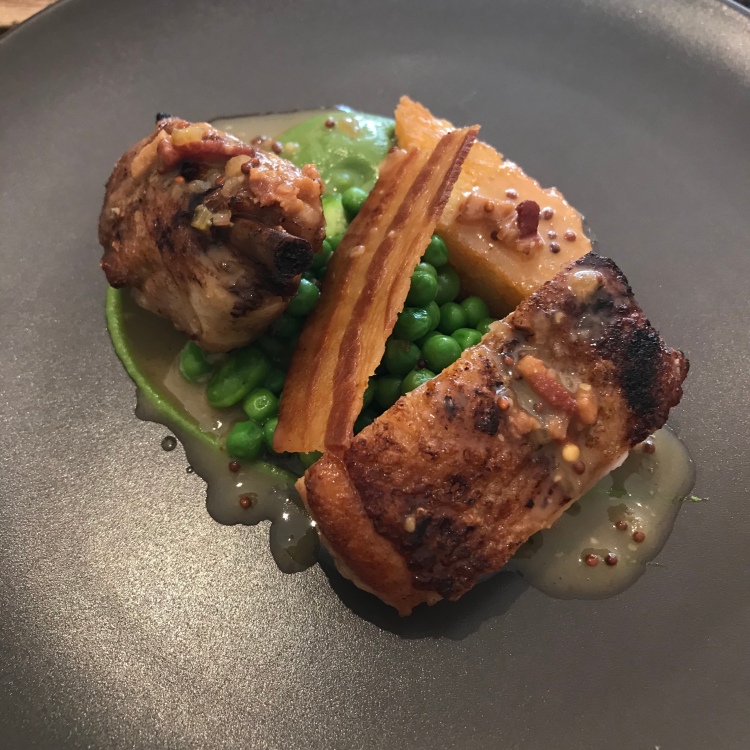 We were then asked by Summer if we’d like the cheese course and we said with a chuckle yes keep going we’re having everything. So yes it was time for Cheese which was a selection of three cheeses a gorwydd caerphilly , sparkenhoe blue & little rollright served with sourdough , crackers , oat digestives & crab apple jelly. 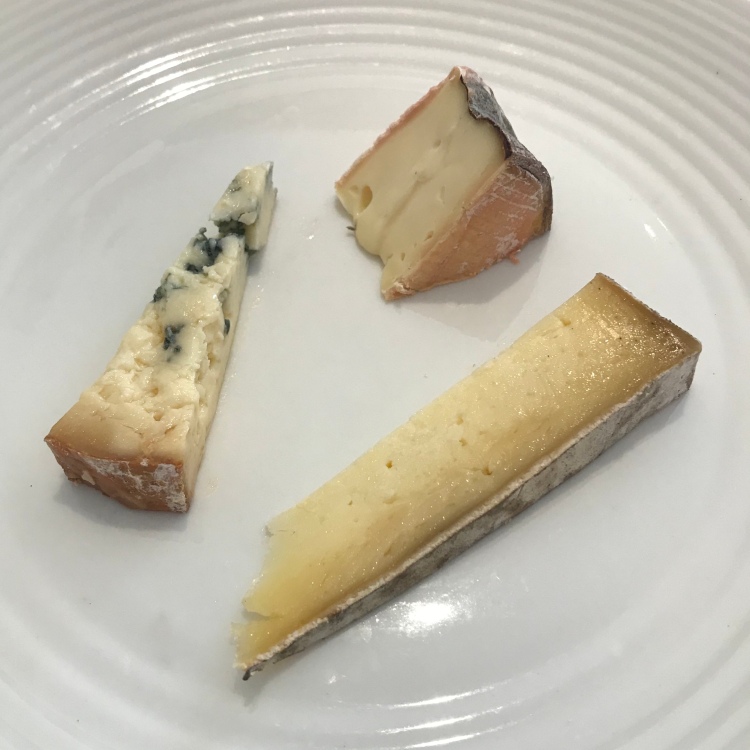 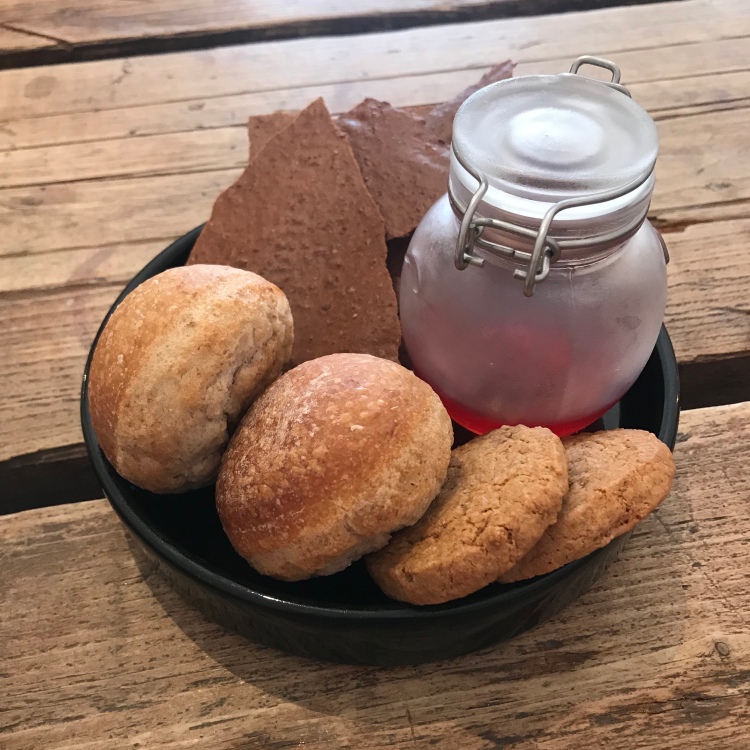 Bring on desserts. Yes now it’s time for my favourite part desserts and lucky for me their were four. So sit back because here they come. The first two were the strawberry pavlova with aged balsamic & basil ice cream that was nice and light and didn’t overpower the dish. Along with this came a fantastically rich dark chocolate delice with cherries & amaretto that was to die for. The last two desserts were the raspberries , yoghurt mousse & pistachio ice cream before finishing with dutch quarter honey & raw milk ice cream. 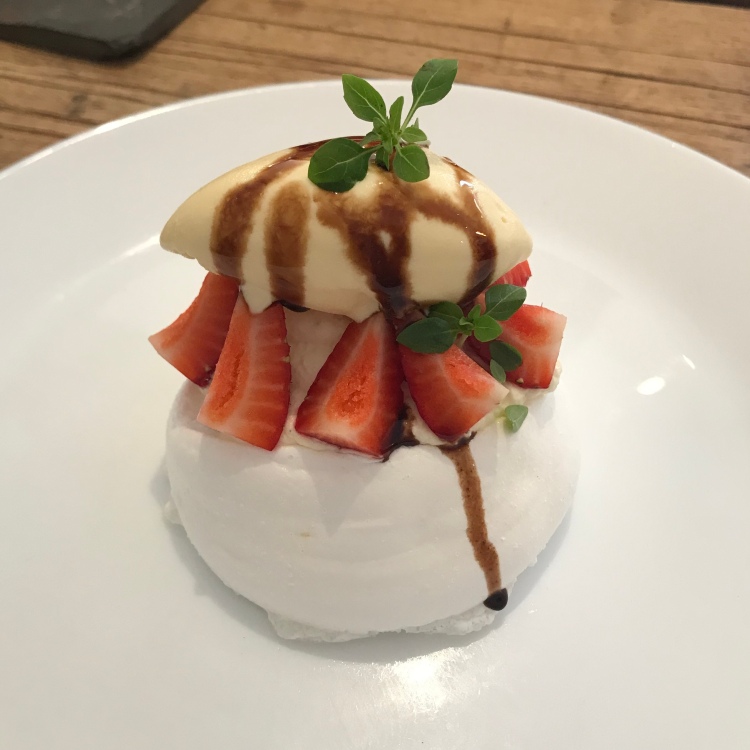 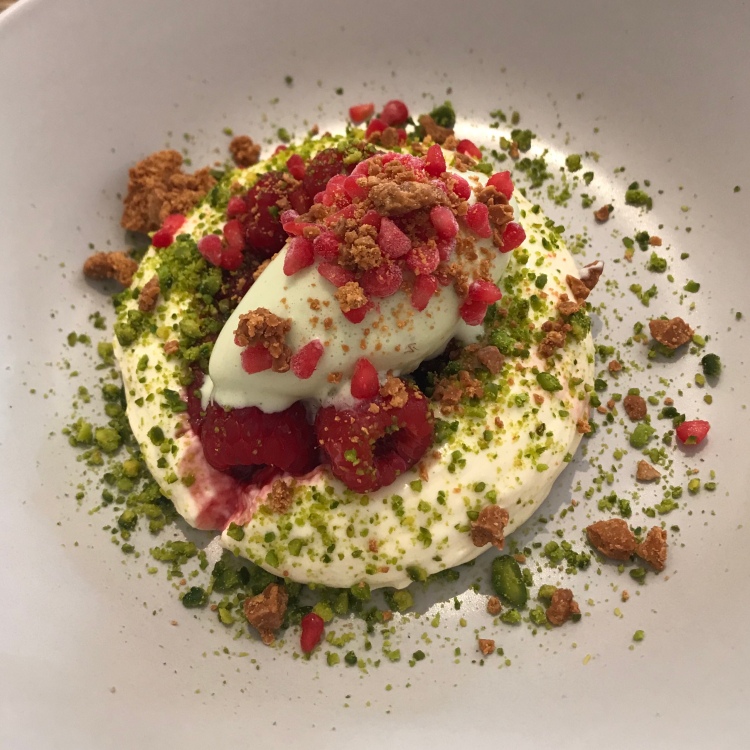 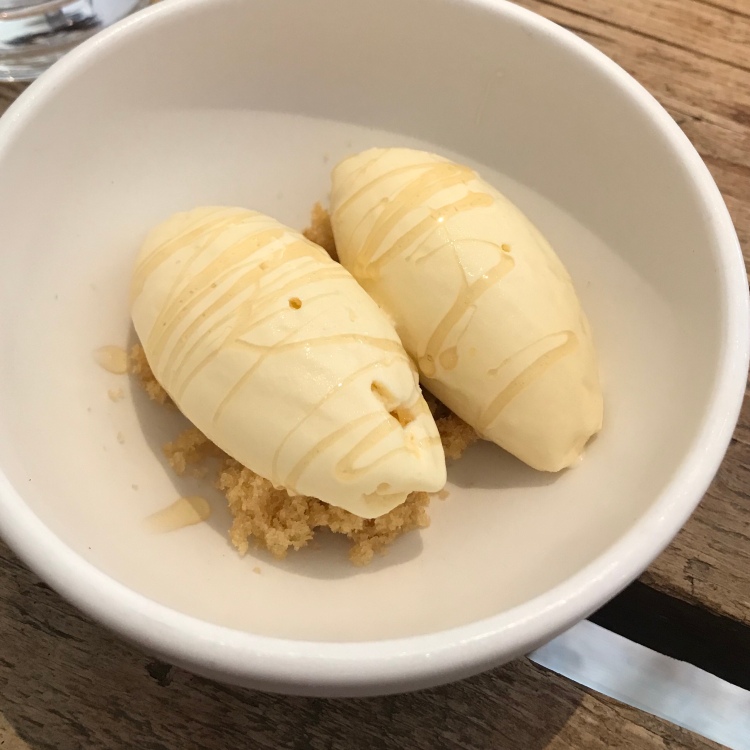 This was a fabulous way to bring to an end a fantastic return to Grain. I really would highly recommend a visit here as the food is excellent and with it being a small plates menu you can have the option of trying many of the dishes. Thank You to Paul & Jordan for the amazing food & Thanks to our Summer for looking after us. It was great to be back and looking forward to returning once again very soon.

I'm a big Foodie and love Fine Dining in AA Rosette and Michelin Star restaurants also enjoy good Pub Food especially Desserts . I been living in Hornchurch for 20yrs now and this year celebrate my 25th Wedding Anniversary to my wife Jane . We do enjoy our holidays with Italy & San Diego as our favourite destinations I've decided to focus more on my Foodie life due to over 3 years ago being struck down with nerve damage and recently spondylosis I do enjoy my sport and follow Chelsea , Juventus & San Diego Padres

View all of Lloyd Stevens's posts.